An Open Letter to Chengannur 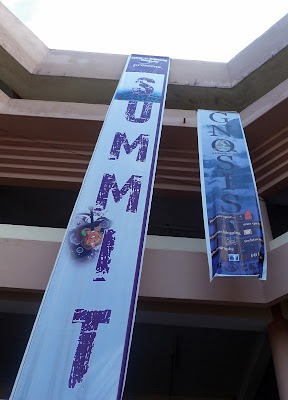 Although it took me some time to adjust with the college, new shedules and all, things right now seemed to be quite interesting. So far soooo.. good..The Summit 2012 took off after two weeks into the college. I was a bit scared of ragging but nothing much happened. To my surprise we first years were having very close, friendly relationship with our seniors ( our most respected bros. n sis. ). Unlike seniors in other colleges, our seniors are awesome. They love n’ support their juniors, always!! There was not much ragging (as compared n’ I respect some of my seniors more than the proffs. in the college.)
Now let me get to the stuff.. SUMMIT 012,
I was soo exited, like I was waiting for it for years to happen. The only thing was that there wasn’t much first year students out there who were interested and excited about summit.
And that’s something i cant understand.

Things were all the same till morning 9, that 15 minute walk to the college from hostel n the slow breakfast from canteen. Although the inauguration ceremony started 45 minutes late, everything came to an order by noon.
Until noon things went well with me n my friends. And we  where helping our seniors here n there. By 2:00 pm Avinash chettan n’ Jino chettan (for the information of my international readers, ‘Chettan’ means bro in Malayalam) asked me n’ my friend Alen George whether it was okay for us to go to Ernakulam (Damn! its a nearby place.. ! 100 kms)We had to transport some things from there to chengannur for the 2nd day of SUMMIT. And we both decided to do it.
So at 2.00 pm we took off from chengannur bus station to Chenganasherry. And from there to Alapuzza. From Alappuza to Ernakulam (to be precise, Kumbalangy, near Edakochi)
N’ the same way back. It took us 7 hrs. N’ we came back by 10:00 pm ( which simply means that we missed the CEC ROCK NIGHT ). We put all the things in the college and then Jino Chettan dropped us in our hostels)

The  two day workshop on ‘Ruby On Rails‘ started at 10:00 am (an hour late, mainly due to the delay in setting up the systems). Its an awesome language, you can do programs which will actually take 2hrs to do in the usual HTML script. Its a software meant for productivity. It has got its own database n all. Instead of a single file, ruby saves its components in different different folders.

At night was the Rythmix ‘012. After that was the Mr.Ms. Summit. For the first time CEC got a Ms. Summit, Alina Benny (surprisingly, she is a first year student). She is actually my best friend Mathew T Georges‘ ex-classmate. ( Yikes!  I found out that two days after summit ). And she was a fun person.. talented too..
The Garage Inc. was going on all the time n’ i got time to visit it only in the evening. 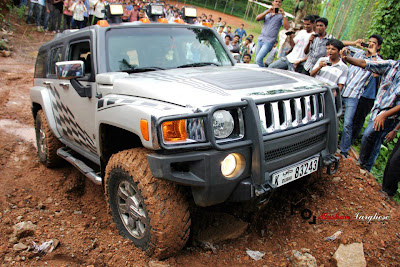 Until 5 pm things were all the same as day 2.  Ruby became a bit more hard. Lets just say ‘complicated’.I had a great ride with Ruby On Rails.

BALABHASKAR AND HIS MAGICAL VIOLIN

Balabhaskar (born 10 July) is an Indian violinist, composer and record producer. He is best known for promoting fusion music in South India. Hailing from a musically affluent family, he was introduced to the world of instrumental music at the age of three, by his uncle Shri. B.Sasikumar- a laureate in Carnatic music.
Balabhaskar was a child prodigy and start doing stage show at 12. He became the youngest music director in the Malayalam film industry when he composed for the Movie – Mangalya Pallak( Audio Marketed by Magna Sound) at 17.His compositions for the albums, Ninakaai and Aadyamai, are still among the most sought after romantic song collections. He is exceptionally versed in Carnatic Music, and hence is an exponent of the same. His flair of connecting with his audience has made him one of the hot favorites for major stage shows and classical concerts.
Balabhaskar has performed with many noted musicians and instrumentalists in India and abroad, including Ustad Zakhir Hussain, Sivamani, Louiz Banks, Vikku Vinayakram, Hariharan, Mattannur Sankarankutty, Ranjit Barot, Fazal Qureshi, and so on. He also performs with his guru and uncle Shri B. Sasikumar, as violin duo in carnatic concerts.

I would like to describe him as the violinist who hypnotised the audience in exactly 7 seconds after he started to play it. There is no words to explain it. And it was the most awesome concert i have ever been to… 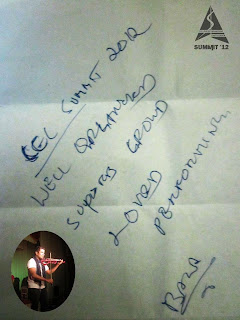 Why I Did What I Did